The brief called for numerous displays to be created for the PokerStars Festival debut in Atlantic City, new Jersey. The displays were to be used as advertising for the festival, directional signage, information desks and general press photography backdrops for the event. Being dotted around the Resort Casino Hotel, the displays need to be of sturdy construction and feature multiple graphic advertising panels for sponsors and players.

What Golden Strength delivered for the event was 26 impressive purpose built and aesthetic displays created using the T3 Frame modular system. The displays ranged in size depending on where they were to be located and their general use at the event. The sizes ranged from the smallest 1 metre long x 2.5 metre high wall to the largest, a 18 metre long x 3 metre high wall.

With many of the smaller displays the were joined together to make larger segmented stands. Why this was done was that it gave the client greater versatility with the number of displays. With the smaller displays, they could be easily manoeuvred around the event to maximise their visibility as well as working as directional signage for participants and viewers of the event.

Many of the displays were cladded in tension fabric graphics due to the ease to transport this type of graphic into the hotel resort. How it was mounted was using T3 Frame’s Silverlite and Silverlite 45° profile in combination with channel and fusion extrusions. This type of graphic mounting allowed for the displays to have clean edges as well as providing the option for the graphics to be back-lit using the T3 Wandlite LED tube light.

A Sintra board graphic were used for the ‘Information Desk’ stand and this was comprised of three panels which were mounted onto the framework using Velcro tape attached directly to the framework and graphic.

Golden Strength was able to transport this broad variety of structures in a series of compact rolling cases to the Resort Hotel Casino. This is due to T3’s renowned modular and lightweight design. Large structures can be broken down into smaller, more manageable sizes and packed into compact cases. This allowed for saving on transportation and storage costs, as well as gave Golden Strength the ability to bring all these structures into the conference halls quickly and easily.

The installation of all 26 structures took a team of 7, 24 hours to assembly in time for the event. This included the mounting of graphics, locating the displays into the desired and most effective locations throughout the resort.

Golden Strength delivered a fantastic result for this project. They were able to incorporate all of PokerStars’ requested features while creating structures that they could reuse and reconfigure for other upcoming events.

Our client liked the T3 System because of easy, tool free set up and dismantling abilities and most importantly because of its versatility and reusability 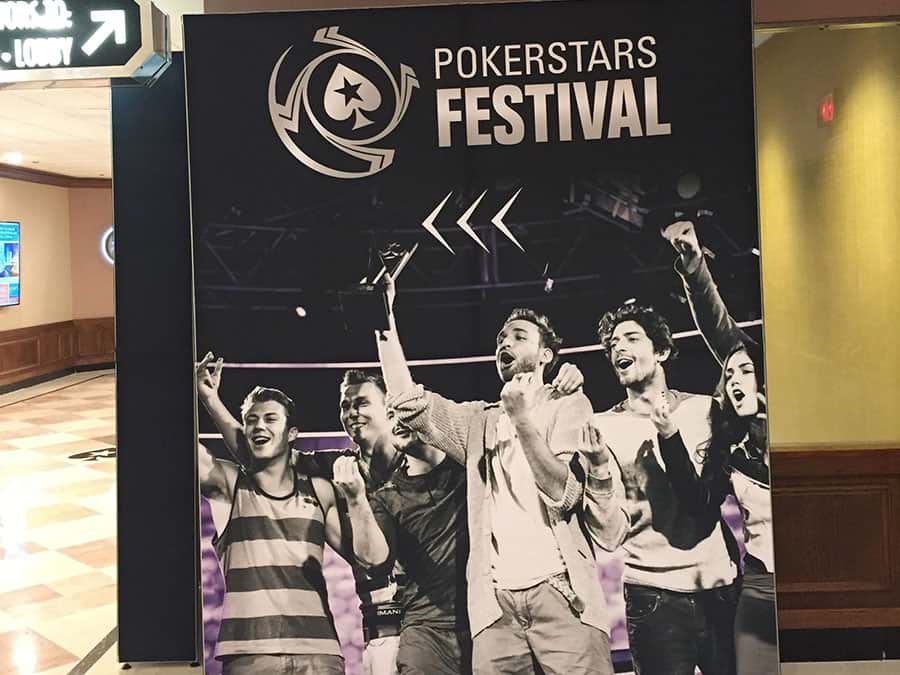 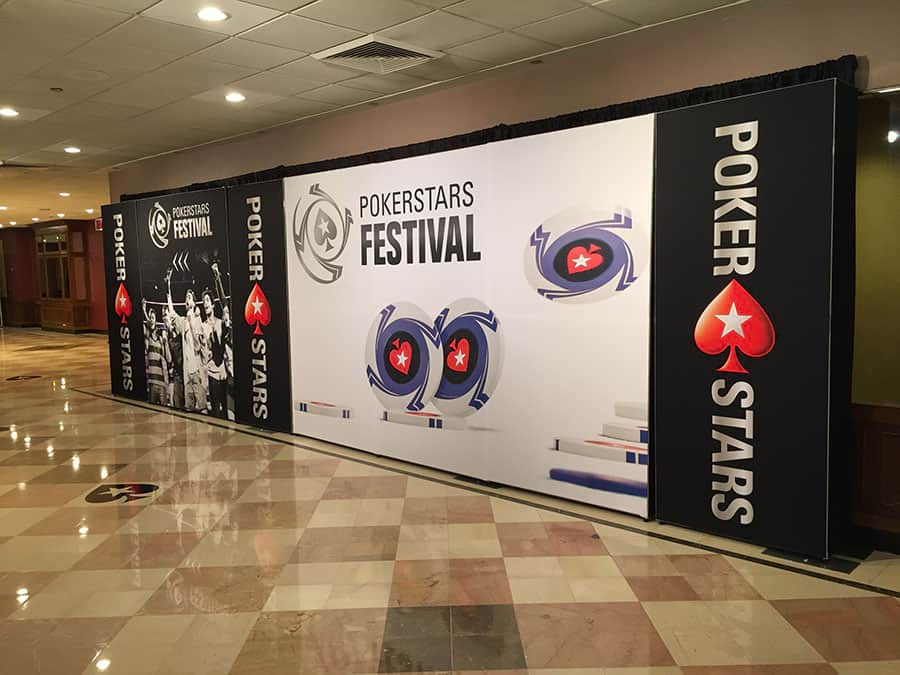 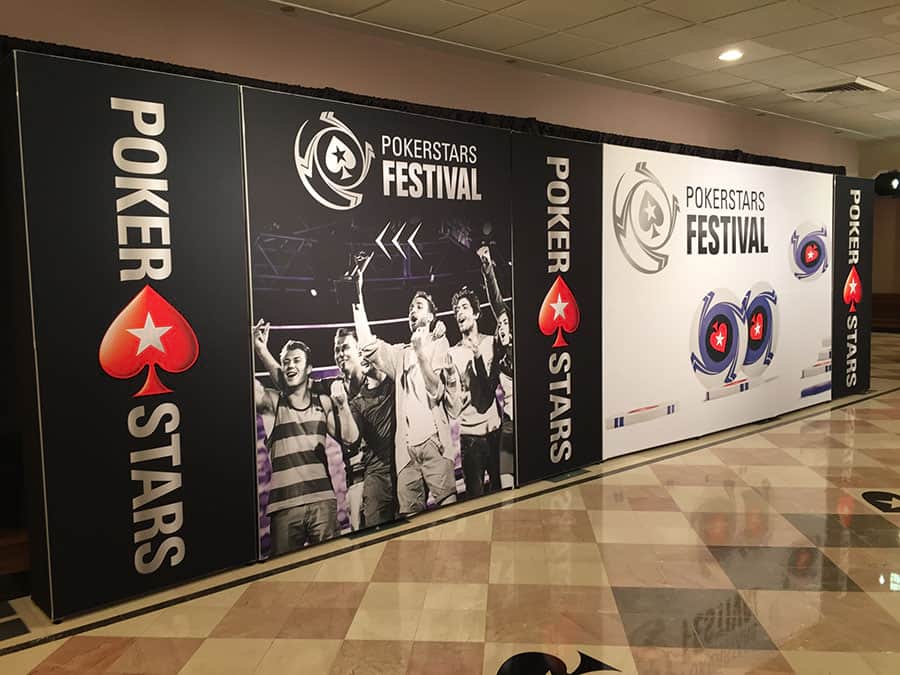 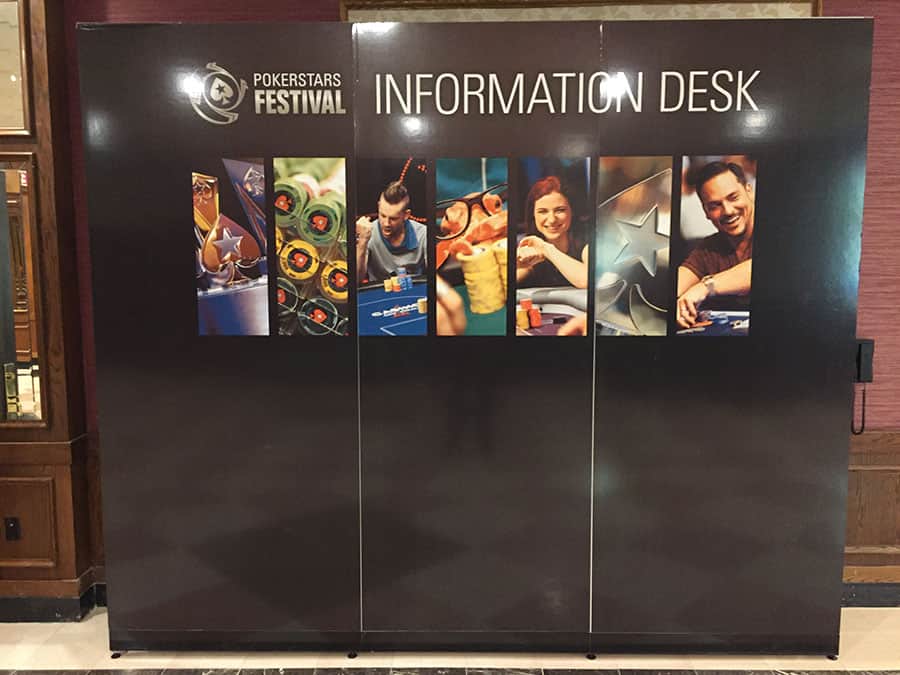 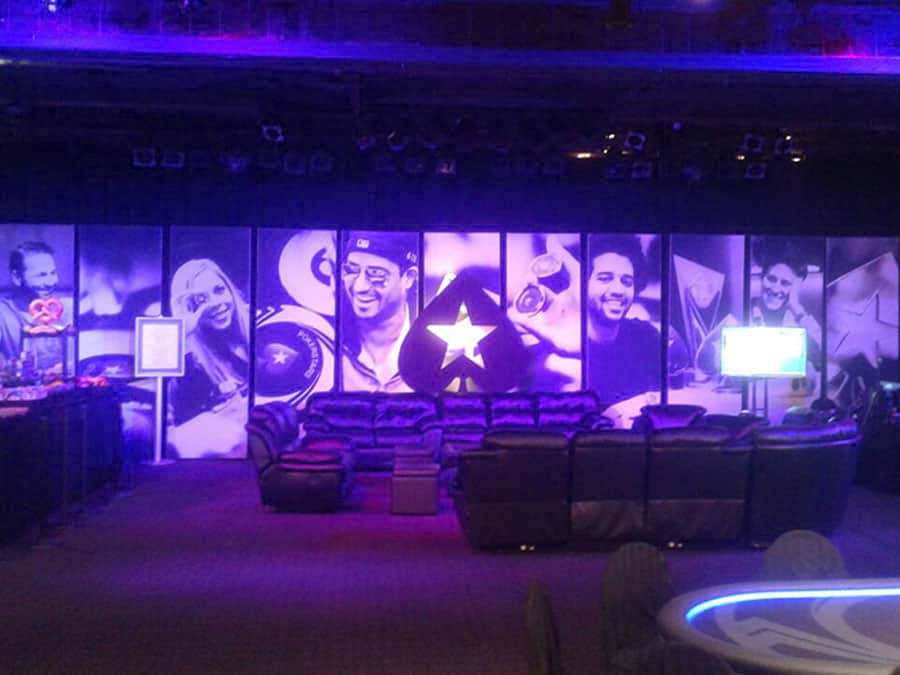 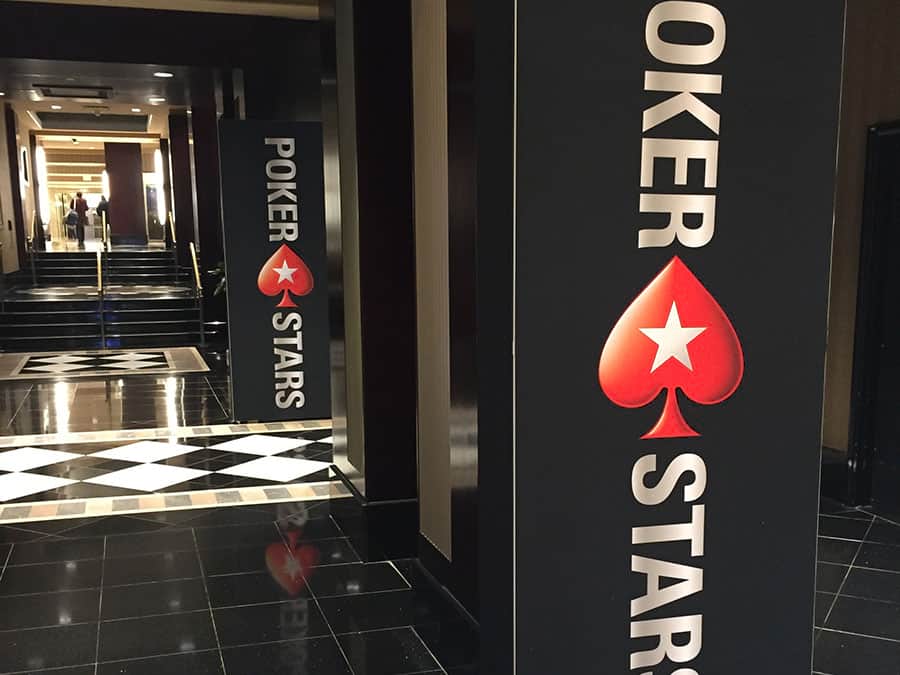 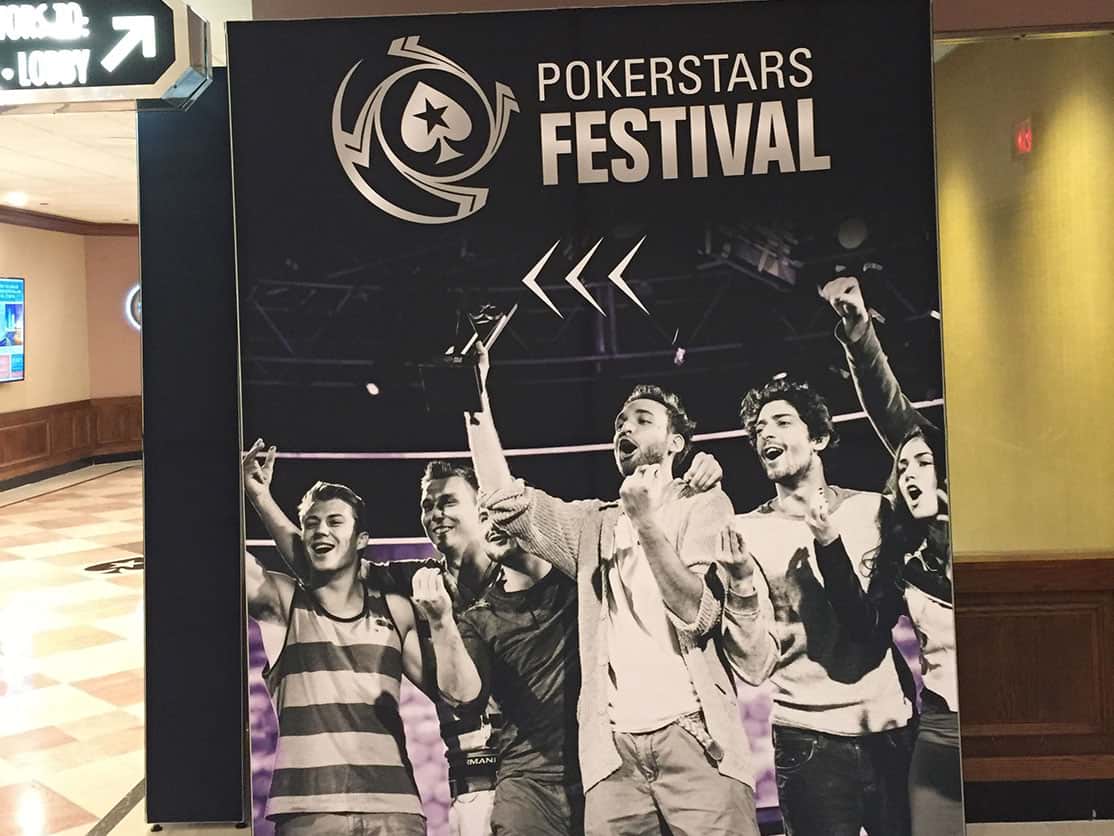 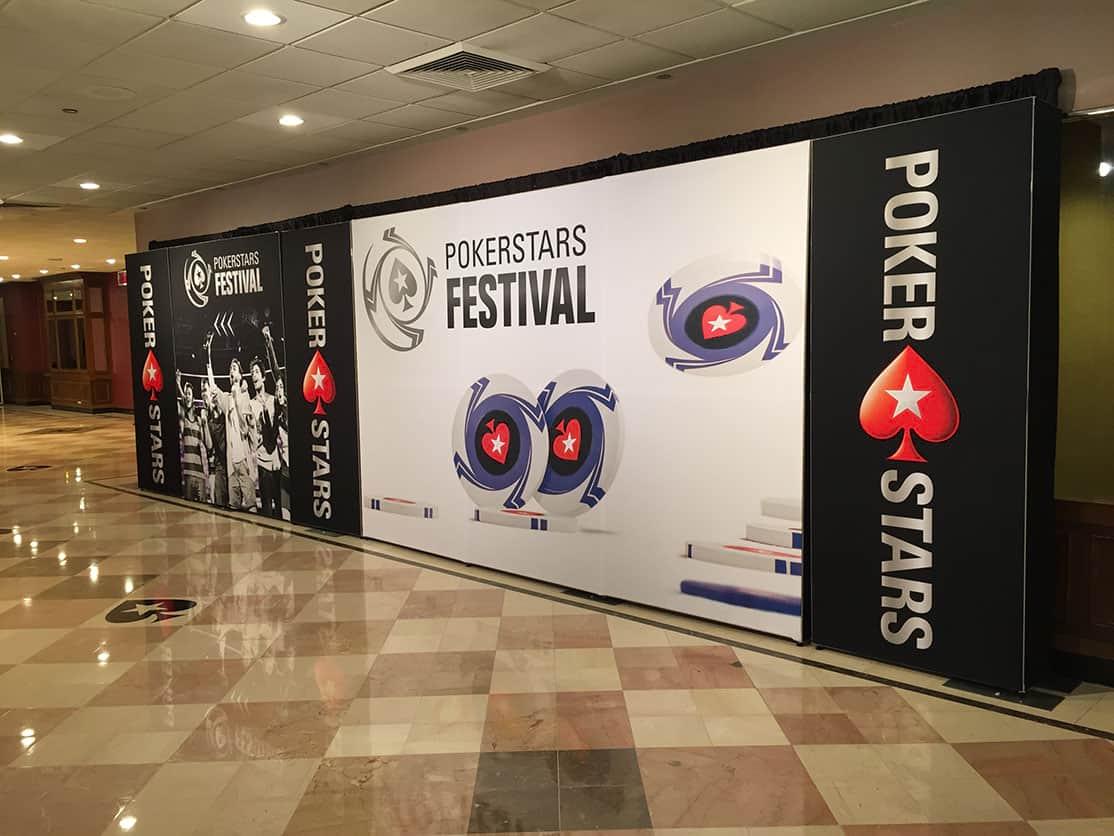 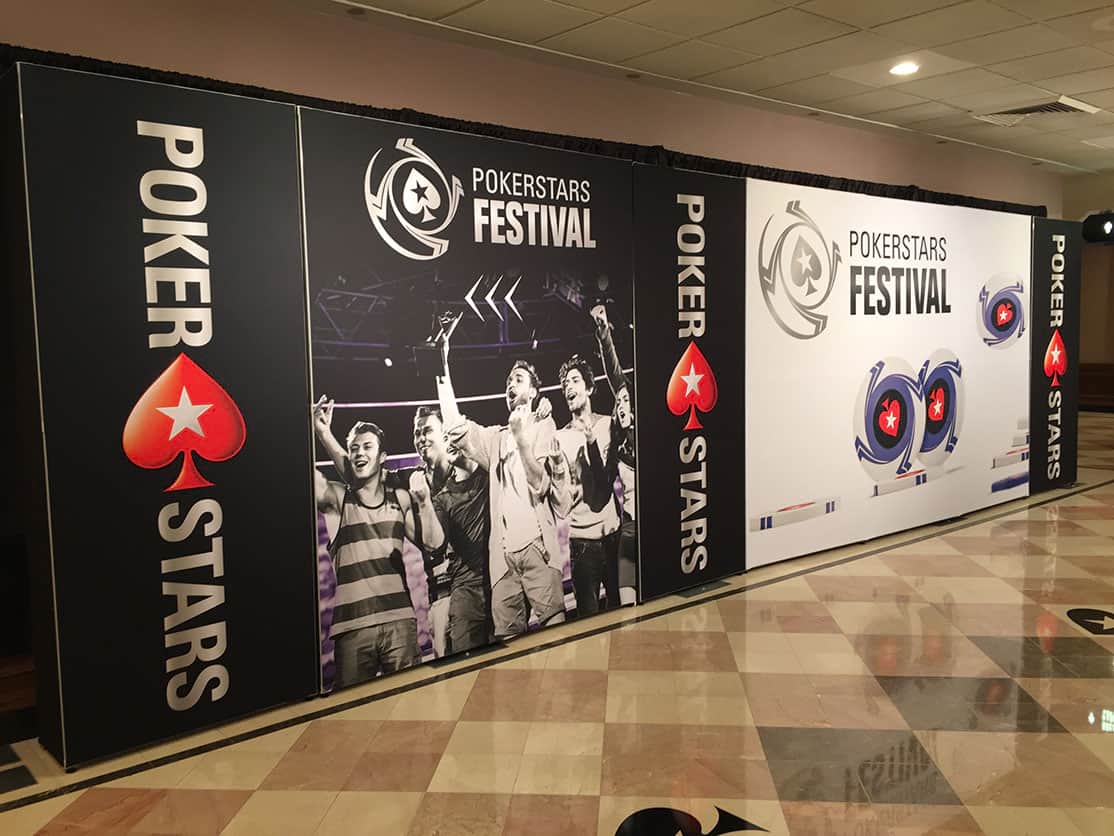 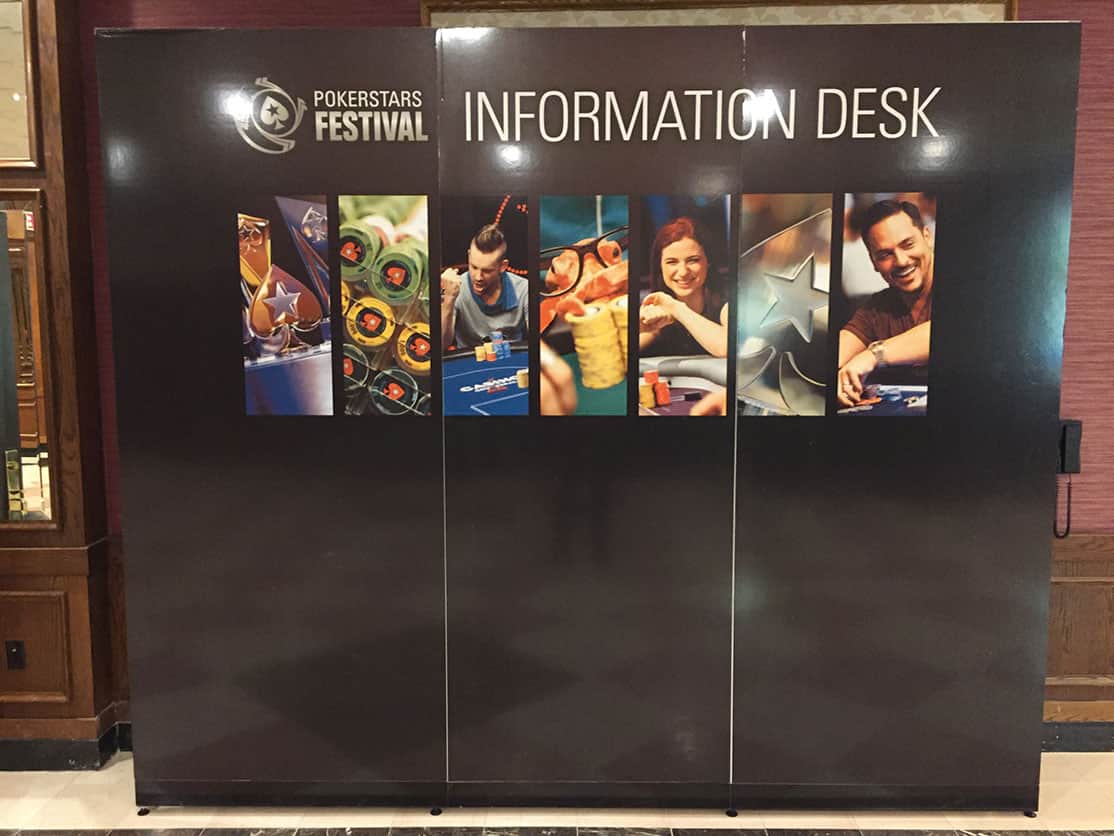 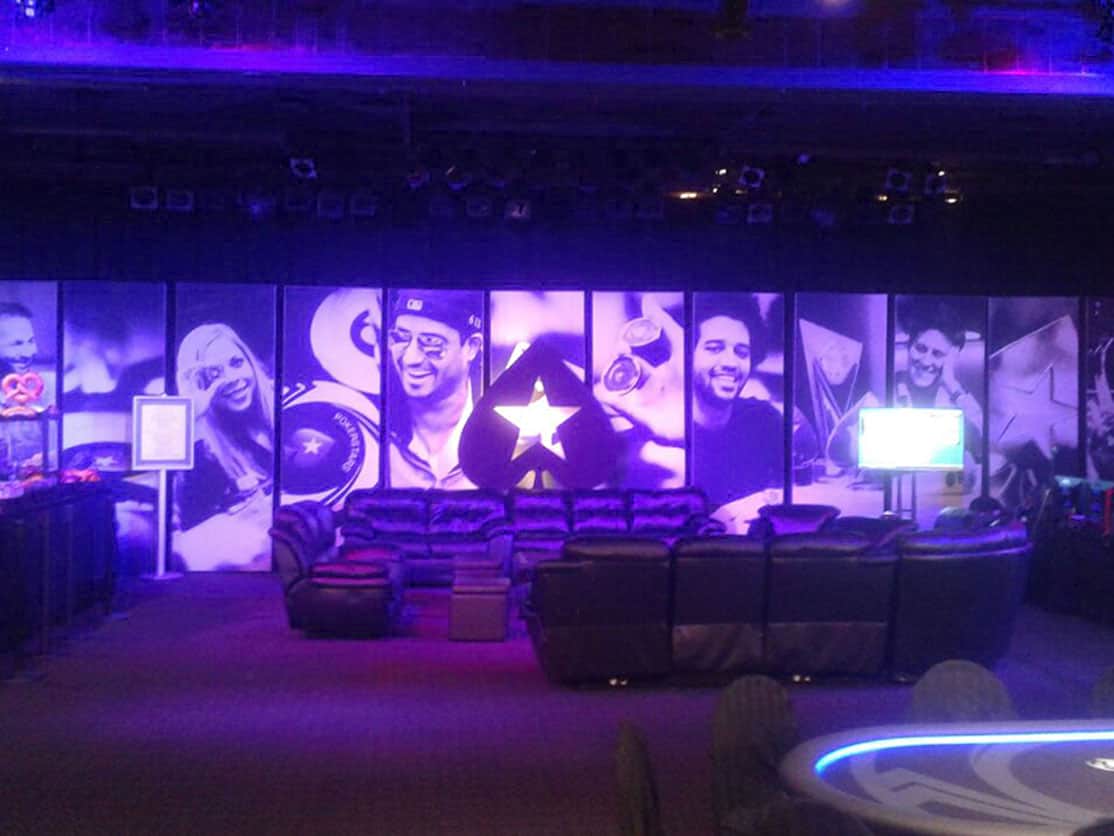 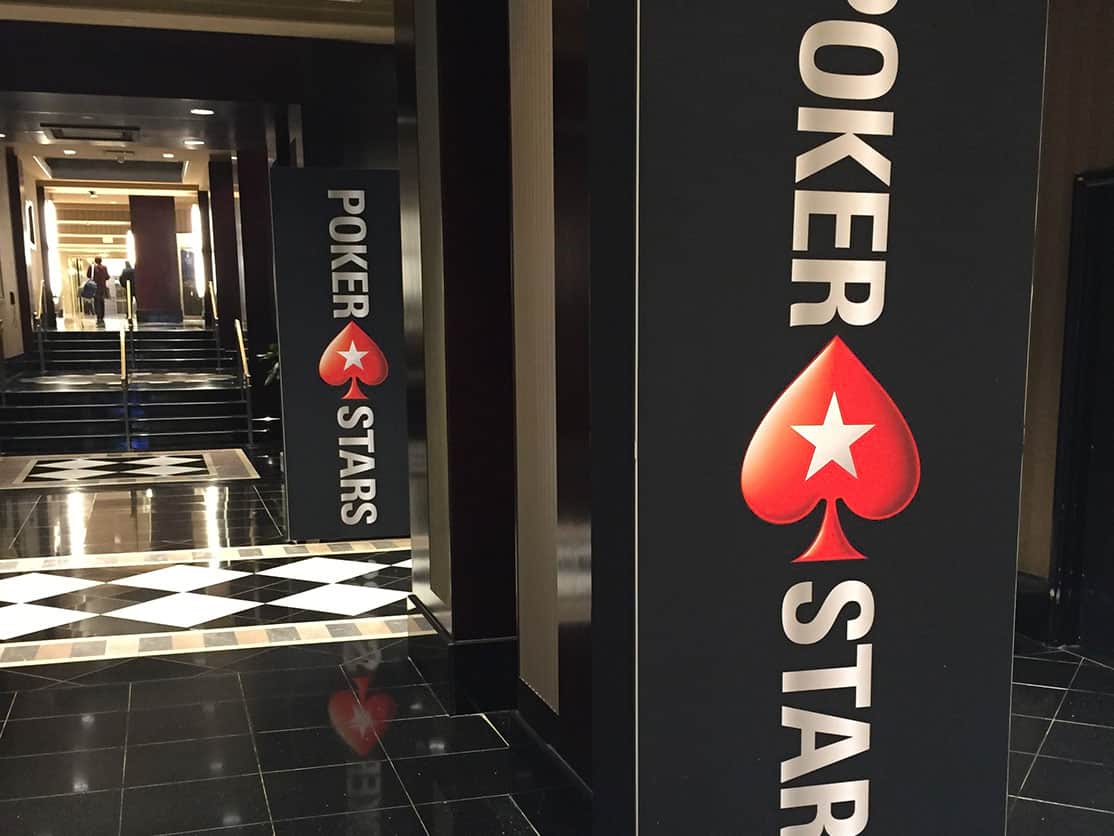 HOW CAN WE HELP YOU?

GET IN TOUCH
FIND OUT MORE VISIT GOLDEN
By continuing to browse the site you are agreeing to our use of cookies.